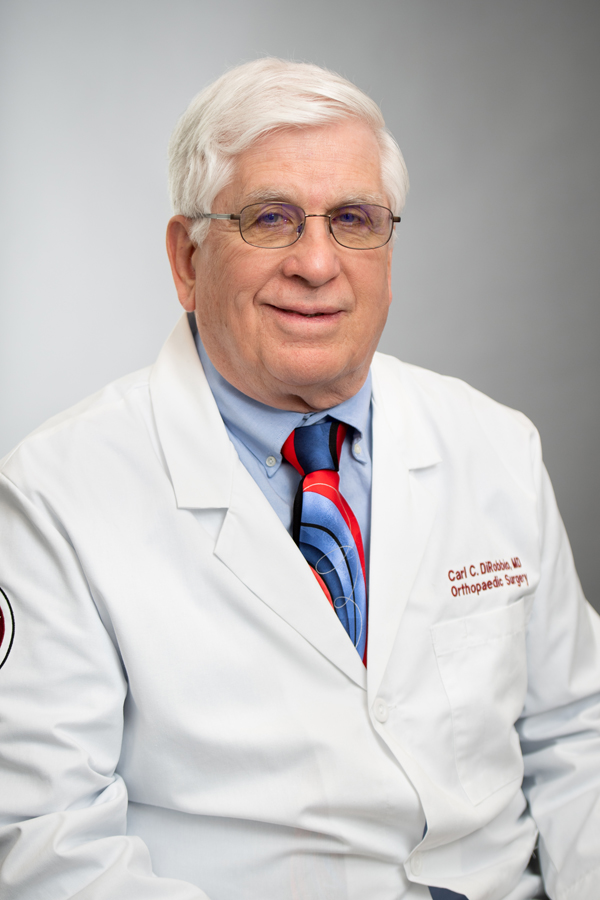 Dr. Carl DiRobbio obtained his medical education from Georgetown University School of Medicine in Washington District of Columbia. Upon earning his medical degree, he completed an internship at the Henry Ford Hospital in Detroit, MI where he continued on to complete his orthopedic residency program. Upon completion, he served in the U.S. Navy in the Emergency Department in Little Creek Base in Virginia Beach, VA and as a ship doctor on the USS Guadalcanal. Dr. DiRobbio began practice with an orthopedic group in Evansville, Indiana before getting an opportunity to practice in Rhode Island. After moving back to his home state with his family in 1982, he opened a private solo practice in Woonsocket, Rhode Island. After 33 years of solo practice, he joined Orthopaedic Associates in 2015. Dr. DiRobbio specializes in general orthopedics for all ages and in recent years had developed a special interests in improving patients’ quality of life through non-operative treatment options. Currently, he is not treating patients but is still active in other areas of our Practice.

Need to book an appointment?

Click the button and complete the form to schedule an appointment.  Once submitted, we will be in contact with you shortly regarding your request.

For urgent injuries that need immediate assistance, we offer same day or next day appointments.  For all other appointments, you will receive a callback within 2 business days.